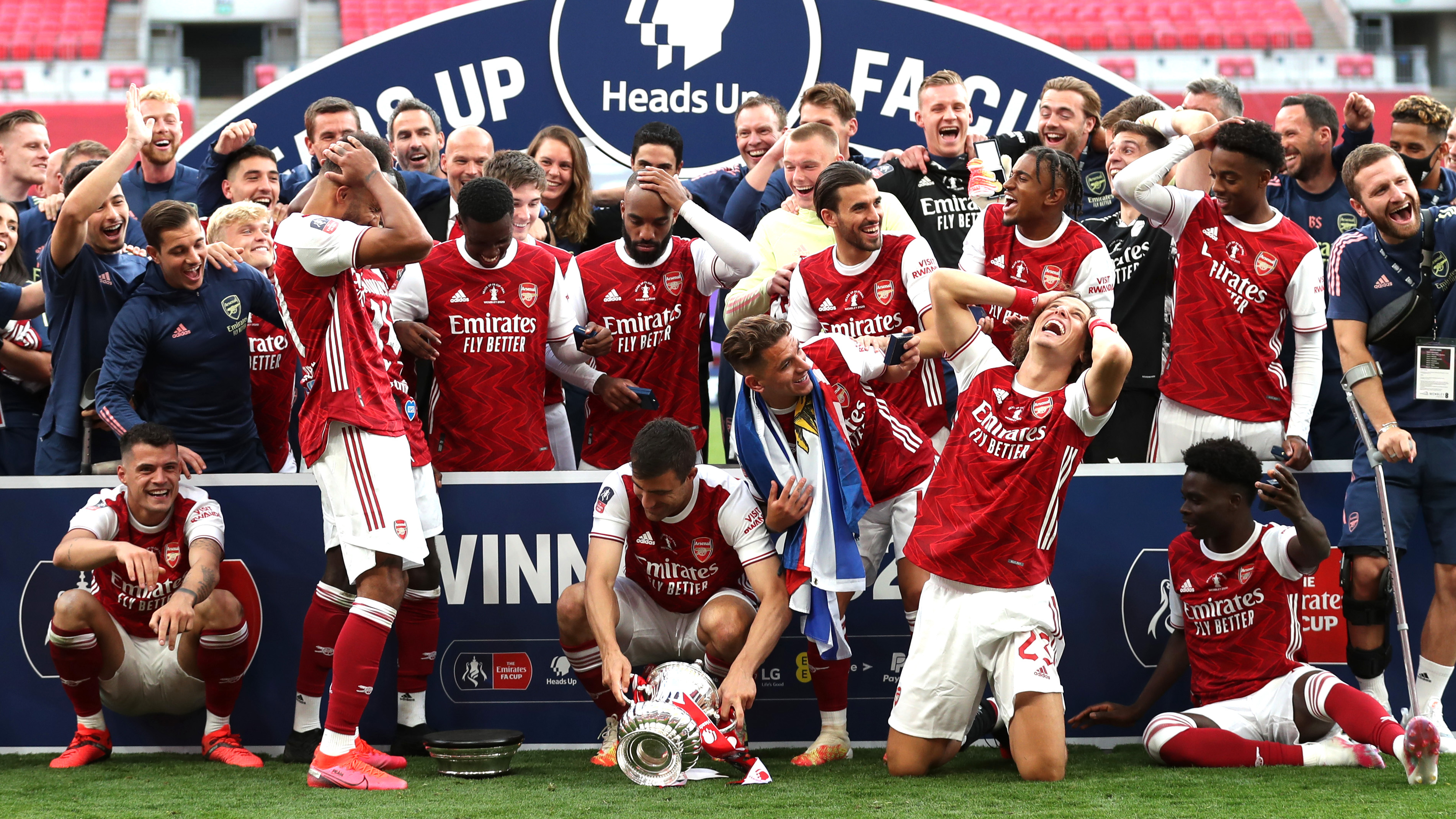 After guiding Arsenal to a 2-1 victory over Chelsea in the FA Cup final, Pierre-Emerick Aubameyang struggled with the resulting silverware as he was filmed dropping the historic trophy.

With no-one on hand to present the cup to Aubameyang due to the coronavirus pandemic, he was left to collect it himself and immediately seemed to find the trophy hard to hold as he took it over to his team-mates to celebrate.

But just as the Gunners were about to enjoy lifting the iconic piece of silverware for a record 14th time, the Arsenal star promptly dropped it, much to the humour of those watching on.

Thankfully, the cup seemed to avoid any serious damage as Aubameyang eventually lofted the title over his head in celebration.

Arsenal manager Mikel Arteta saw the lighter side of Aubameyang’s trophy drop, taking it as a chance to promise him there will be more silverware to come at the Emirates should he decide to re-sign.

“It can happen, I think it happened a few years back as well,” Arteta said.

“He needs more experience with trophies! We can get him used to that.”

Gunners defender Rob Holding also saw the trophy drop coming, noting that Aubameyang had failed to properly remove the cup from its podium.

“I saw him walking with the bottom bit attached and I was like, ‘you need to take that off!’. It seems the trend now anyway for people to drop the trophy,” Holding said.

After seeing Arsenal lose the Carabao Cup final in 2018 and then the Europa League final in 2019, this was Aubameyang’s first piece of silverware at the Emirates.

The 31-year-old has struggled to win many club trophies during his career, having won one DFB Pokal and two DFL Supercups with Borussia Dortmund. While at Saint-Etienne, his single piece of silverware was the Coupe de la Ligue in 2013.

On an individual level, Aubameyang has never struggled to shine and has won the Golden Boot in both the Bundesliga and Premier League. He was also named the African Footballer of the Year in 2015.

Aubameyang’s future at the Emirates has been the subject of increasing speculation over the past few weeks and the attacker himself was coy when asked about it after the final.

NBA Daily: With Thibodeau In Town, What’s Next for Knicks? | Basketball ...